Firstly, Get pleasure special attention from the professional and licensed guide during the Baku Old City tour where you will explore the top attractions of Baku Old City. So, You’ll learn about the main and unique monuments of Baku.

During Baku Old City Tour you will visit :

If the city has an old city, then it has a heart. And it doesn’t matter how the metropolis is built and grows, what skyscrapers and interchanges it is, and how modern it becomes. This little piece of antiquity, like the roots of a tree, holds the whole crown of history. The correct thing to do in the old city of Baku (IcheriSheher) is to get lost. No goals or essential points of the route are needed. Just dissolve in the narrow streets. Yes, there are always a lot of tourists, and it is unlikely to be left alone, but you can feel the mood of the city. Turn off the navigator, remove the card but do not forget to take a camera. In Icheri-Sheher flows its own life. People live here, cook, wash cloths, and kids chase the cats.And what kind of balconies are there! Someone says that they spoil the face of the old city while Icherisheher tour. In my opinion, everything is absolutely harmonious. Well, what if that balcony hangs over a narrow street, but it is beautifully decorated or entwined with a vine of grapes. And the doors? Past these will not pass. After all, they hide a lifetime. There still needs to be able to get lost! 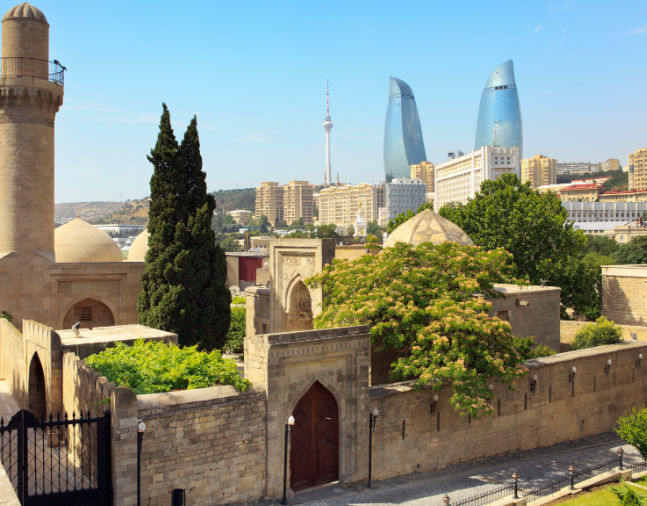 Another mandatory sightseeing sight of the old city is the Palace of Shirvanshahs, the rulers of Shirvan, you must see while Baku Old City Tour. The ticket costs 4 manats (without excursion). In my opinion, the palace looks pretty modest. Perhaps the decoration was not preserved, since the palace was experiencing not the best years, was plundered, was in ruins, and even used as a warehouse.

The whole complex of the palace – the main building, the mausoleum, the mosque, the sauna, and the Divankhana courtyard – are presented to the inspection.

Surprisingly, there are no windows in the main throne hall, although this is the front part of the palace. I can assume that the palace was rebuilt and some architectural elements were lost. The throne room at the time of the shahs was decorated with beautiful blue ceramic tiles. Unfortunately, the pipe has not been preserved and has not been restored. Instead, a pattern characteristic of that time is projected onto the dome. In other rooms, there are objects of everyday life, clothes, decorations. Of course, visiting the museum with a guide is much more enjoyable. I wandered one, and an exclusive excursion would cost me around the sum.

In one of the halls exhibited the layout of the old city. By the way, there used to be another fortress around the palace. It turned out the fortress in the fort. But we have a modern layout. Upper left corner – home shoes, upper right corner – bath shoes. 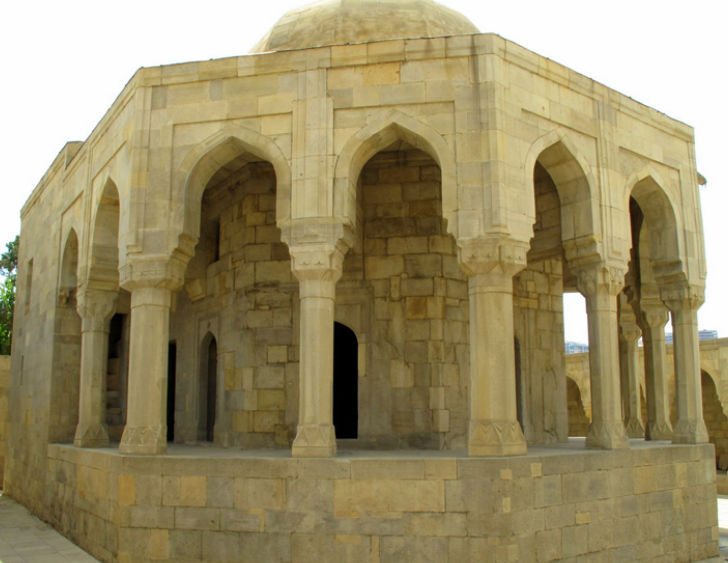 Before us is the mausoleum of Divankhan. Due to political events, the structure was unfinished. That is why the function of the building is still not clear. According to one assumption, Divankhan was built for official receptions, and according to another – as a mausoleum by order of Shirvanshah. And this is an ancient palace bath. Restore the historic building did not. It was conceived.

By the way, on the territory of the Old Town during Baku Old City Tour , there is a real bath – a hammam. It is located near the place of “damn it.” Two days a week (Monday and Friday), there is a women’s day. The ticket costs 10 manats. It is only necessary to additionally take a bathing ceremony (+10 manat) when you are washed and rubbed with a special mitten.

Do not deny yourself the pleasure to look into the souvenir shop of the old city. I would not say that in the old Baku ordinary souvenir shops. They are more like antique treasuries and in all present an oriental flavor. In the evening, I observed such a picture: several young people were warming up a samovar to drink tea right on the street. Samovar is real, on coals. For some reason, it seems to me that from such a samovar tea will be much tastier 🙂

This flavor is especially felt when you live in the old city. 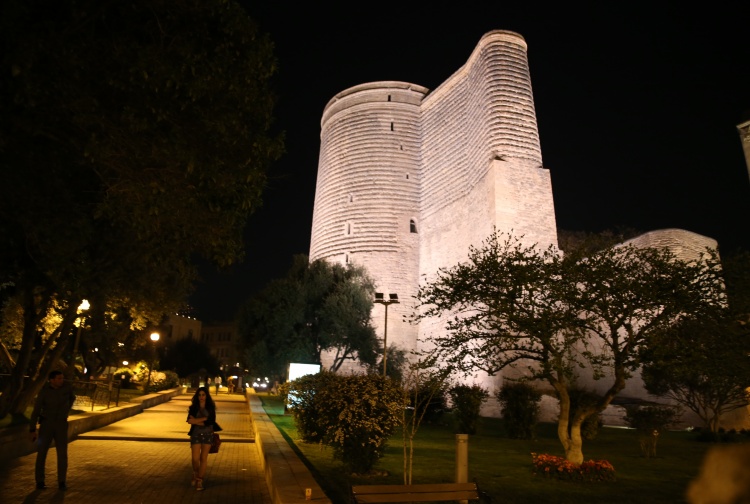 One way or another, but you will definitely reach the Maiden Tower while Icherisheher tour. It’s hard not to know, and this is “must see” and the main symbol of the city. A flat wall adjoins around the strong tower. According to one version, the tower had a protective function. At least, the fortress was precisely part of the general defense system of Baku. However, the internal structure of the tower did not correspond to defensive functions. The tower has few windows, and they are extraordinary. Each tier of the tower was connected to the other utilizing a ladder. In the 18-19 century, the tower was used as a lighthouse.

On the top platform is beautiful and very windy. Unfortunately, the city authorities have fenced the entire perimeter with unique glass panels. This is done for safety so that various unbalanced individuals do not make suicidal attempts. 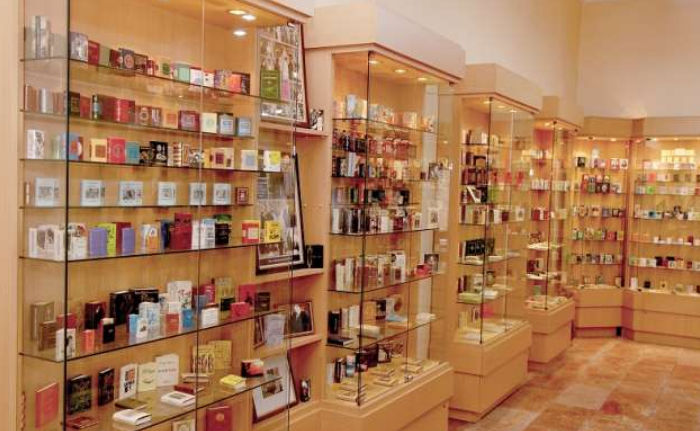 And in the old Baku, there is a unique museum of miniature books. If there is interest, then look for a museum near the Palace of the Shirvanshahs while Icherisheher tour (down the street and to the right).

The smallest book of the collection is in the blue box, such a small dot. The bill goes on microns, and meanwhile, it has 23 pages. A little more books (on the right) are already visible, but still very small.

Entrance to the museum is free. And a very colorful employee works there.

A woman so enthusiastically talks about the history of the museum and the collection itself, that it is impossible not to stop and not to listen.