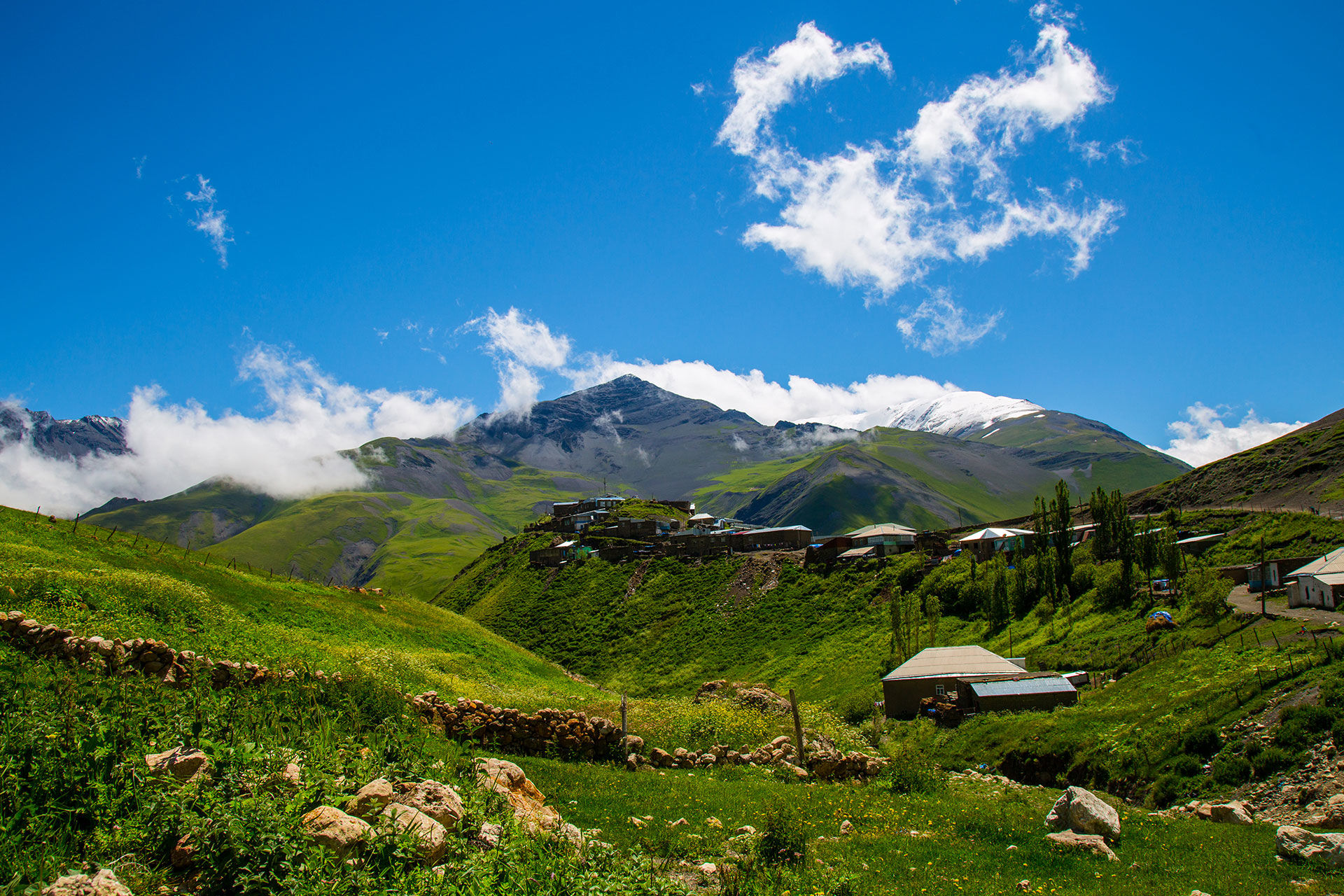 Arrive in Baku, Meet with driver at Heydar Aliyev International Airport, transfer to the Hotel, Check-In at the Hotel and start your Guided Baku City Tour. Visit Martyrs Lane, known as ‘Shehidler Khiyabany’ among locals. When you walk through the Alley of the Martyrs, you will find a beautiful view overlooking Baku’s coastline. Move to Icheri Sheher, the old part of the city. Visit Shirvan Shahs’ Palace, Caravanserai, Maiden Tower, and the main market square, which has numerous art studios and souvenir stalls. Continue touring new Baku by exploring Nizami Street and Fountain Square. Transfer to the Hotel. 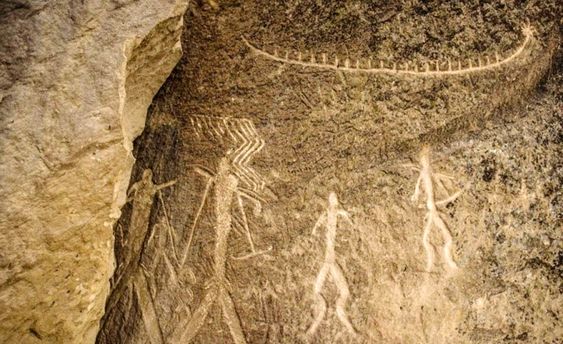 After breakfast, drive to Gobustan National Park to visit the Petroglyph Museum and explore rock carvings dating back to 10,000 BC. The Gobustan Rock Art Cultural Landscape is a UNESCO World Heritage Site.

Weather permitting, drive to the mud volcanoes in Gobustan Reserve (change of vehicle). Gobustan is home to almost half of the world’s mud volcanoes. 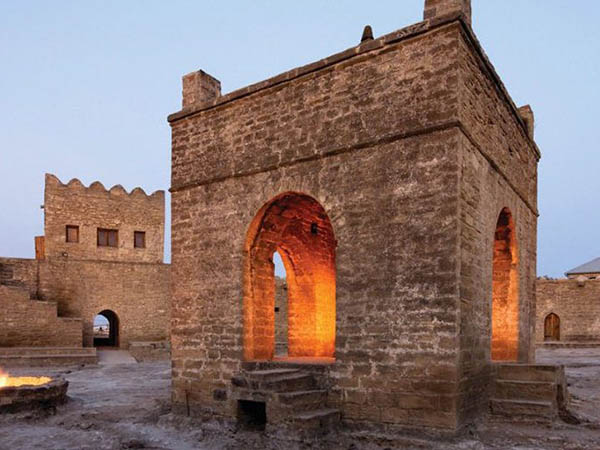 Then Continue with Absheron peninsula. The first stop is at Yanardag Mountain, also known as Burning Hill, where natural gas has been ablaze for hundreds of years. Continue to the Ateshgah Fire Temple, located in the village of Surakhany. Zoroastrians from India travel thousands of kilometers to Ateshgah to worship the fire coming out of the earth.  Photo stop on an excellent iconic Heydar Aliyev center. Transfer to the Hotel. 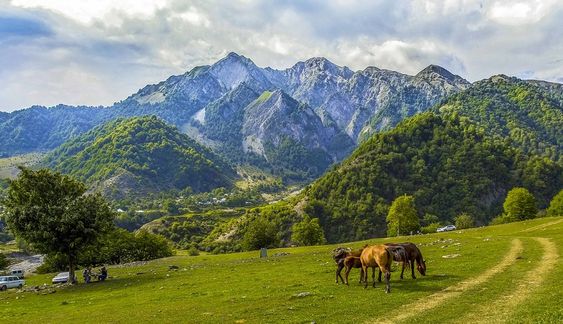 We will visit fascinating Nohur Lake locates near the village of Nohurqishlag. The quiet atmosphere and bird sounds will create an ideal relaxation environment You will stop Ismayilli-Gabala Forest for resting your soul.

After breakfast at the hotel in Sheki will start a tour. Visit the colorful Sheki Bazaar. You can find virtually everything you may want to eat, local fruits and berries, spices, freshly baked bread, honey, cheeses, and Sheki sweets. Continue to Sheki Khans Palace surrounded by medieval fortress walls. Visit handicrafts workshop and Caravanserai. 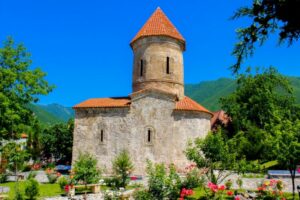 You will visit Kish Albanian Temple, is one of the oldest of Azerbaijani villages, well known for the ancient Caucasian Albanian temple. This antique temple has a special status among Christian Albanian monuments. It is valuable not only as an architectural monument but also because of its outstanding historical significance. The official date of its birth is the 1st century AD when the territory of current day Azerbaijan was included into Caucasian part of Albania. This ancient monument is the oldest church in the Caucasus funded by disciples of the Apostle Bartholomew who brought Christianity to Caucasian Albania, to Azerbaijan.For centuries, the church functioned as a spiritual center and place for enlightenment for people of the region. Transfer to the Hotel. 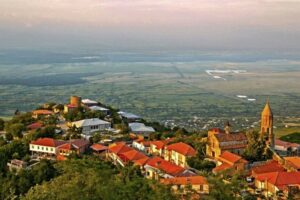 After having a nice breakfast at the Hotel in Shaki, check out from hotel and transfer to the Lagodekhi Border, Azerbaijani Guide will greet you from the border and at 12:00 cross the border and start exploring the eastern part of Georgia, which is famous for its viticulture and winemaking traditions. Our first stop will be the Khareba Winery, near the town of Kvareli. On the way there, enjoy the picturesque landscapes of vineyards and wine-producing villages. Khareba’s unique wine cellar is located in a tunnel carved out of the rock. Originally built for military purposes, today the tunnel is used to store Kakheti’s finest wines. Enjoy a wine tour and a tasting session. Continue to your hotel for overnight. 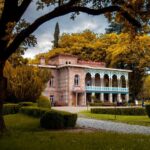 After breakfast, take a short walk through the charming streets of Old Telavi, stopping for photos at the monument to Erekli II and the giant plane tree that is more than 900 years old. Then continue exploring Kakheti Region by visiting Tsinandali Palace, the former residence of Georgian dukes. Prince Chavchavadze, a 19th-century public figure and poet, turned the Estate into what it is today, with a beautiful English-style garden, a museum, and a wine cellar. 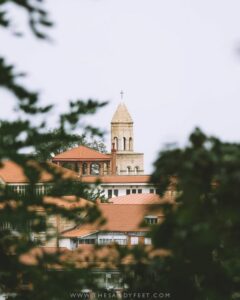 Next stop for today is Sighnaghi, the Royal Town and “City of Love”. This city, surrounded by defensive walls with 23 towers, was an important trading centre on the Great Silk Road. Continue to Bodbe Convent – according to legend, this is the burial place of St. Nino, who converted Georgia to Christianity in the 4th century. Since 1889, following a decree by Tsar Alexander III of Russia, Bodbe Convent functions as a nunnery. Arrive in the capital of Georgia, Tbilisi for overnight. 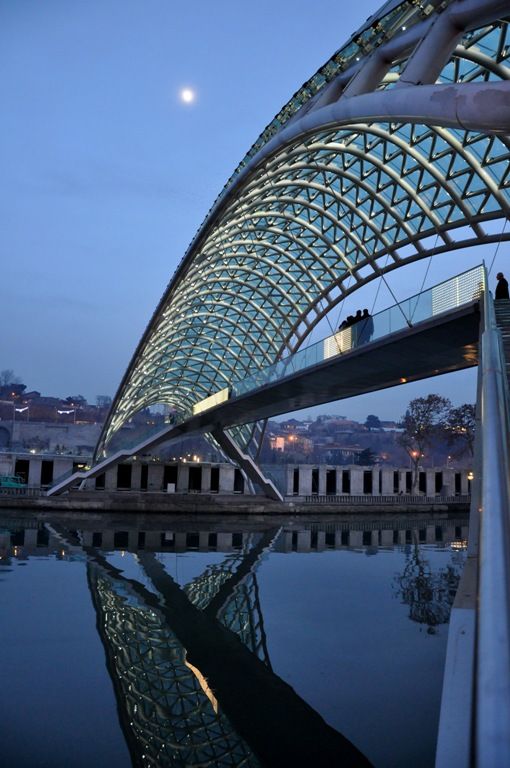 Breakfast followed by a sightseeing tour of Tbilisi. Start at Metekhi Church and the monument to Vakhtang Gorgasali, the legendary founder of Tbilisi. Visit Narikala Fortress to enjoy a breathtaking panoramic view of the city.

Walk Old Tbilisi’s only mosque, down to the sulphur bath house district. Enjoy a stroll through the Sharden area,which is full of narrow streets with cozy cafés, wine bars, and souvenir shops, and breathe in the history of Old Tbilisi. Also visit Sioni Cathedral, Anchiskhati Basilica, and the famous Rezo Gabriadze Theatre’s clock tower, before crossing the Bridge of Peace to Rike Park.In the evening, visit local restaurant for traditional dinner with folklore show.Overnight at the hotel.

After breakfast, start exploring the north of Georgia. The first stop will be at Jvari Monastery, which is built on a hilltop and is a true architectural masterpiece of the early Medieval Period. From here you can enjoy the views of the confluence of the Aragvi and Mtkvari rivers. After Jvari, visit Mtskheta, one of the oldest towns in Georgia and the country’s cultural and religious centre. Mtskheta was the capital of the eastern Georgian Kingdom of Kartli from the 3rd century BC. Visit Svetitskhoveli, which is the main cathedral of Mtskheta and a sacred place where the robe of Christ is kept. Continue to Ananuri architectural complex, a former residence of Argveti dukes, which features churches and towers dating back to the 16th and 17th centuries and beautifully overlooks the Jinvali Reservoir. 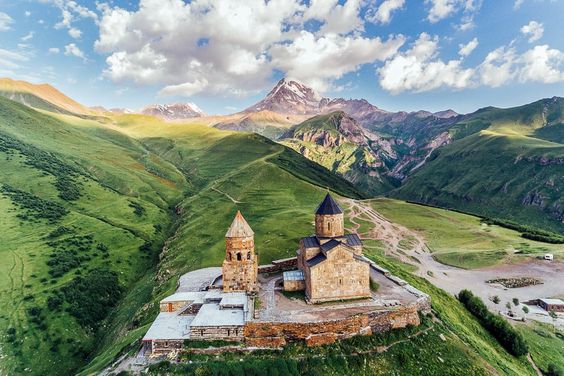 Next, drive over the Cross Pass and make a short stop at the Soviet era “People’s Friendship” viewpoint, which overlooks a deep gorge of the Caucasus mountain range. In Kazbegi, switch to a four-wheel drive vehicle to reach Gergeti Holy Trinity Church (located at an altitude of 2,170 m) and enjoy breathtaking views of Mount Kazbegi. Drive back to Tbilisi for overnight.


✈🧳THE END OF COMBINE TOUR PROGRAM🧳✈